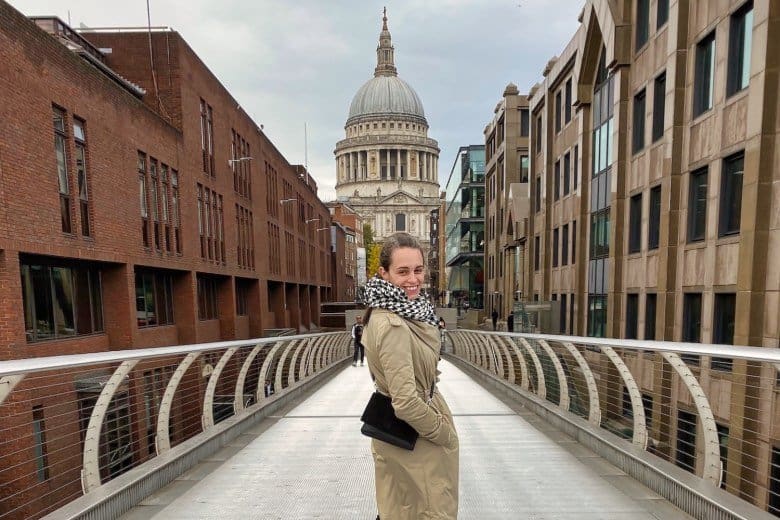 When 2021 began and the pandemic continued to rage, I – like many of you – was really freakin’ tired of sitting at home. One can only do so much work, especially as a travel blogger, without actually traveling! I like to think I got pretty creative in 2020, starting Discover Sausalito and spinning Follow the Butterflies out from my main travel site. So as the new year began, I tried to think of a new project to focus my efforts on – and settled on the cluster of content I had written about London in the past.

Now let’s be clear: London is a hugely competitive market. I didn’t really think I had a chance at dominance, but my London content on V&V had done well enough and some posts had high Page 1 rankings. So it couldn’t hurt to try starting a new site, right?

Now 9 months later, that site – London On My Mind or LOMM – is doing surprisingly well. I love working on it, and I’m excited to see how much it will grow when U.S.-U.K. travel resumes in greater volume. In this Case Study update, I’ll try to give you everything I think is interesting about running London on My Mind so far, and a real “peek beneath the hood.” If you want to know anything else, be sure to let me know in the comments!

As a reminder, I’ll be doing case studies for every site I’ve created, at the 6-month, 9-month, and 12-month marks. Then I’ll switch to every six months for the next year; you can expect reports at 18 months and 24 months. If a site reaches its two-year mark and I plan to continue writing, I’ll switch to annual reports. Here are the ages of each site and its current status:

Here’s a quick glance at the stats for LOMM at the nine-month mark.

History & Status of London On My Mind

*I stuck with weekly posting as the cadence felt manageable.

As of October 2021, I’ve published over 40 posts on the site, so I’m only a few months out from the original set of launch posts.

I’ll be honest, I didn’t do a ton of keyword research as part of launching LOMM, but instead decided to write posts on topics that “made sense” if I was trying to create a comprehensive site for U.S. travelers visiting the U.K. For the most part, those topics all have volume and I do my keyword research when I sit down to write the post. In addition to the 45 posts I’ve published so far, I still have 65 ideas, which should take me through roughly the two-year mark.

Additionally, I created LOMM from spinning out 9 articles that were previously on V&V, and by scraping a number of my competitors for ideas. Interestingly, most of those sites have stopped publishing in the last year while I’ve been creating new content consistently – which I think has contributed to the site’s success.

When I launched, I had 3-4 categories for content (marked with *), but that has since expanded to:

As you can see, the general goal is to cover all aspects of travel in London, with Inspiration including the higher-level topics (like “Quotes about London” and “Famous Streets” and “Viewpoints” that aren’t really practical advice) and Beyond London currently focused on “Day Trips from London” but planning to expand to “Weekend Trips/City Breaks.”

Here’s a new way to visualize how many posts I’ve created in each category (L) and how much traffic each category is bringing (R).

As you can see, I’ve been pretty diversified in terms of which categories I’m publishing on. However, in my traffic the “Bites & Sips” category – which wasn’t part of my original launch plan – is the dominant category driving traffic (+31.1%), whereas Inspiration (-8.5%) and Seasonal (-4.9%) aren’t carrying their weight. Seasonal doesn’t surprise me, as I expect most of those posts to do well at the appropriate time next year. Inspiration is full of really high-competition keywords, so that’s also not too concerning.

My top posts, based on average traffic for six months, are:

While Bites & Sips is the behemoth right now, I’m pretty happy with the diversity of posts getting traffic – and don’t plan to stop publishing in those lesser-trafficked categories at this point.

London On My Mind has behaved much like Great Plains Travel Guide, except it’s two months older – it had a Google Sandbox**-like effect in addition to the impact of the pandemic.

Since this site covers an international travel destination, I had no idea when it might start to see success. As you might guess, traffic really started to grow in July/August – when the U.K. lifted both pandemic and travel restrictions and people began visiting London again.

**After starting 10 sites in the last two years, I’m fairly confident there is an “evaluation window” where Google is apprehensive about ranking new sites (which basically equates to a Sandbox). Once you prove yourself and create strong content for those few months, you start to see real growth. Even Space Tourism Guide had a sandbox!

I haven’t focused on building a community up to this point, which is starting to feel like a missed opportunity since LOMM is expected to cross over 10,000 pageviews per month this month. I’ll be prioritizing this in the next three months, but here are my plans:

I’ll report back on the status of these two efforts in the 12-month report.

I have minimal monetization set up on LOMM at this point – the $43 I’ve made (total over 9 months) is all from affiliates – but it’s better than nothing!

Here are my plans to improve monetization over the next six months:

This last point is obviously the most important; getting passive advertising income will help make this site an even greater priority for me.

In addition to the above community-building and monetization plans, I have also stepped up publishing on LOMM to twice a week instead of once weekly. With the help of my copywriter, we’ve been able to increase this cadence without adding a ton extra to my plate, and will hopefully help snowball the site toward Mediavine/next summer’s travel season.

Do you have any other questions about this recap for London On My Mind? I’m happy to share anything that I forgot to include! 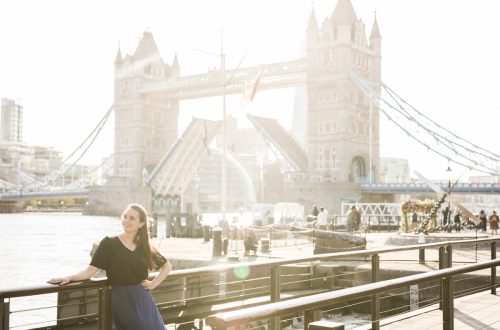 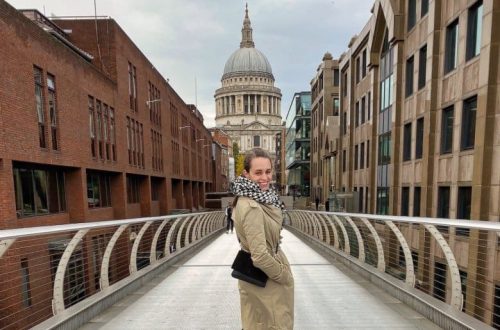